Kenique Ivery
Unique Species Growing Expert at Arbor Facts
As a child, Ken was introduced to gardening by his grandmother and cannot imagine life without growing something, especially orchids. Now, Ken loves helping other people discover their "why" behind growing trees. His biggest goal in life is to plant over 1,000 trees.

The Fraser fir tree (Abies fraseri) is native to a small area of the Appalachian Mountains in the United States. The tree derives its popularity from its ornamental value. It has a fresh fragrance, beautiful conical shape, and strong needle retention. While rare in nature, the Fraser fir is one of the most popular Christmas trees sold in North America today.

Its common name is for John Fraser (1750-1811), a Scottish botanist and plant collector, who discovered the fir and introduced it to Great Britain.

How to Identify Fraser Fir 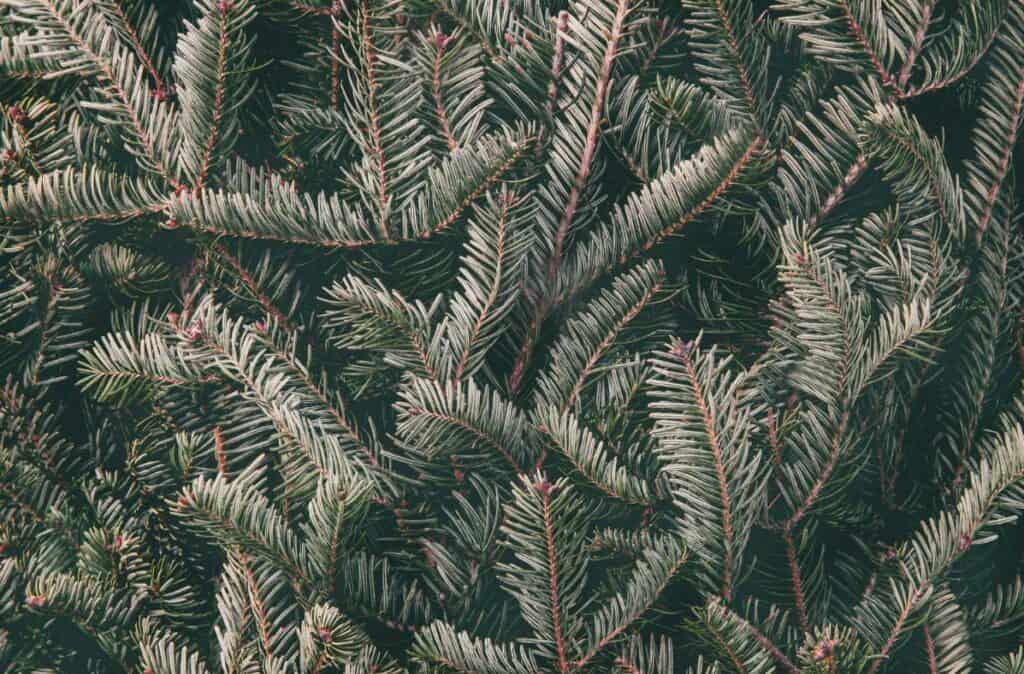 The tree resembles the Balsam fir (Abies balsamea), the primary difference being the bracts of the cone scales. The Fraser fir has flattened, shiny, dark green needs (to 1 inch or 2.54 cm ) that is white banded beneath. The needles lay densely along resinous stems. The resin blister appears on the bark. Like other firs, the upright seed cones are deep purple with conspicuously protruding bracts.

Where Does Fraser Fir Grow

The Fraser fir is native to the moist, cool slopes of the Appalachian Mountains of the Southeastern United States. The tree range from elevations between 4,000 and 6,700 feet (1,219 and 2,042 meters). The native area of the Fraser fir is relatively small as it just the highest elevations of these mountain ranges.

They are native to southwestern Virginia, western North Carolina, and eastern Tennessee. This region has a mild summer, relatively mild winter with consistent precipitation throughout the year. Summer temperatures in these areas average 59ºF (15ºC) and annual rainfall between 75 and 100 inches (19 to 254 centimeters).

These weather conditions make the Fraser fir sensitive climactically. It will not strive in areas with frigid winters or hot summers. Also, frequent precipitation is detrimental to its growth and appearance. According to the USDA Plant Hardiness Zone, this plant does best in these zones: 4b, 4a, 5b, 5a, 6b, 6a, 7a. Keep in mind that in locations without the above atmospheric conditions, this tree will not strive. Consider planting in locales with higher elevation with high rainfall on northern to northeastern slopes.

Overall, it is not very difficult to grow this tree if provided with consistent moisture and planted in an area without hot and humid summers.

Fraser fir is a tremendously popular Christmas tree in the United States. Consumers prefer the Fraser fir because of its form, attractive scent, long needle retention period, and green to silvery-green color. Various parts of the Fraser fir have medicinal usages. Historically, the Cherokee people of the Appalachian mountains used it for medicine.

In areas with the appropriate climate, Fraser fir makes an attractive ornamental yard tree in large-scale plantings. It makes a great privacy screen and can be used to block unsightly views. Also, it provides dramatic form and color to winter landscapes.

How to Grow Fraser Fir from Seed 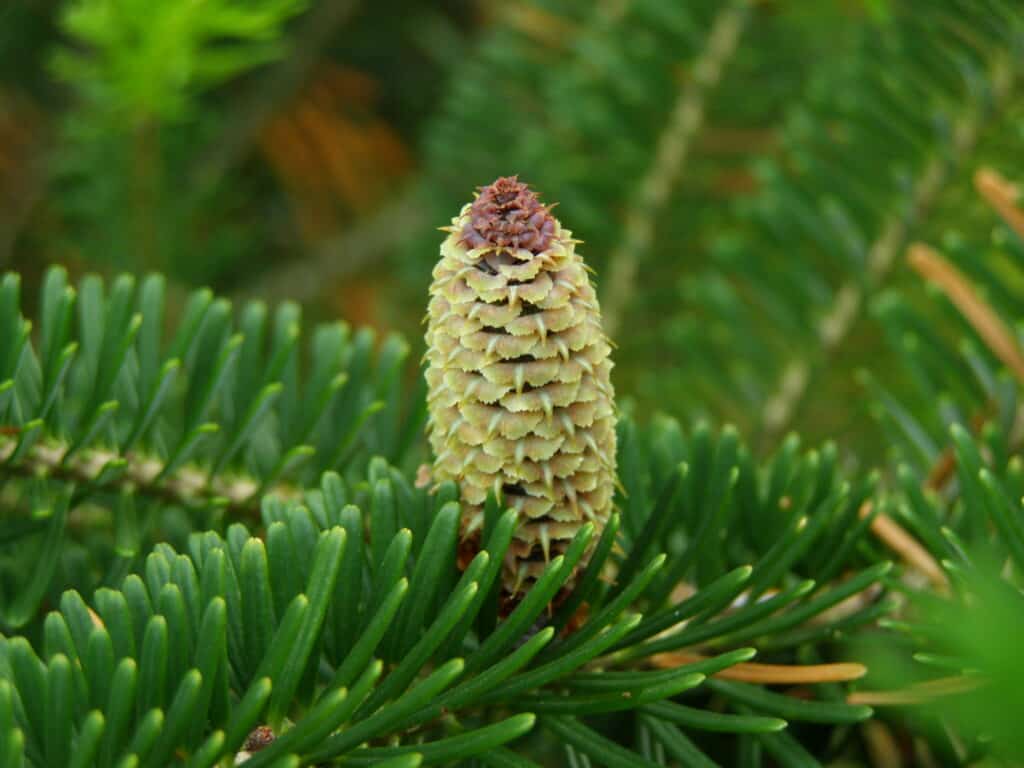 Fraser fir seeds are relatively easy to germinate and grow. It has a short dormancy period that is easy to break. Some growers break it with a short period of cold stratification in the refrigerator.

First, soak the seeds in water for 24 hours. After soaking, throw away all of the water and place the seeds in a zip-lock freezer bag before placing them in the refrigerator. Ensure that soaked seeds do not dry out or become waterlogged during this period.

After six to eight weeks in the refrigerator, the seeds are ready to be sown. Note, Fraser fir seeds won’t germinate without this treatment. This process mimics their natural germination patterns in the mountains. There, Fraser fir seeds lay in the cold and wet soil for months until their spring germination. Just sowing untreated seeds in compost at room temperature will not break their dormancy.

After the cold stratification period, fill a container with good quality potting compost.  You can use plant pots, seed trays, or plug trays. Sow the seeds on the surface of the gently patted compost. You can sow 2 or 3 seeds per cell if using plug trays.

After sowing, cover the previously soaked seeds with a thin layer of vermiculite (less than 1/8 of an inch or just a couple of millimeters). Then, apply water gently and keep the container(s) at room temperature.

The seeds should germinate a few weeks after sowing. Seedlings are relatively robust and have few problems. They should grow to a height of ¾ of an inch to 2 inches by the end of the first growing season. But, this depends on the sowing date and horticultural techniques.

Place developing seedlings in full sun. Ensure that the soil has plenty of moisture and keep them free from competing weeds. By the second year, growth should accelerate, and even more so in the subsequent years. Though, this is a relatively slow-growing tree.

After three years in a container, plant seedlings in their permanent location. They should be strong enough to survive the natural elements by then.

Consider planting in higher elevation zones with high rainfall on northern to northeastern slopes. In its natural habitat, Fraser fir grows in shallow and rocky mineral soils. These soils have a pH range of 3.8 to 4.2, as such, Fraser fir has a preference for acidic soils. But it is tolerant of neutral soils as well. But do ensure that the soil drains well.

When to Plant Fraser Fir 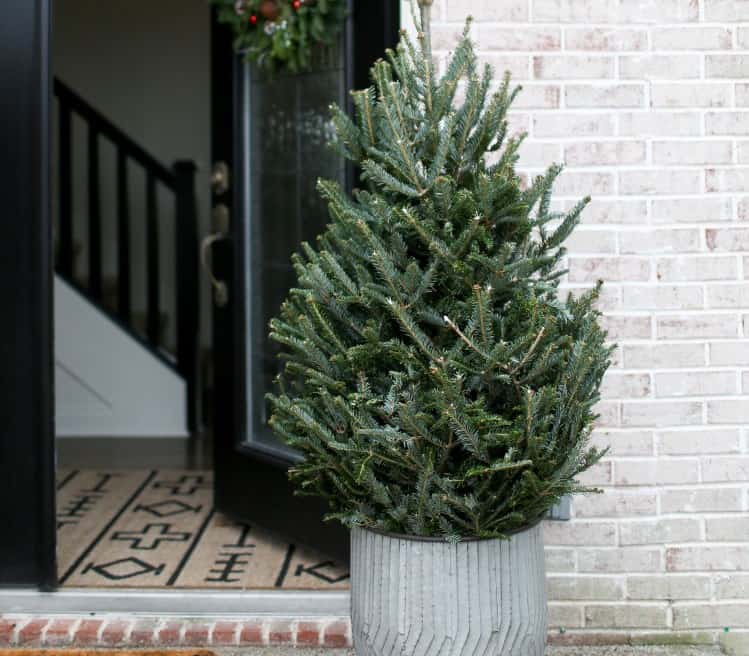 Young Fraser fir trees, like most conifers, can be planted in early spring (March to May) and early fall (September to October). Consider planting on an overcast day so the tree loses less water through the process of transpiration. This is vital for their early survival.

How to Plant Fraser Fir

Plant young Fraser fir trees either in the fall or spring. Avoid planting during periods of extreme heat or drought. Select a sunny or lightly shaded location for the tree. They can either come in the form of seedlings, or if more mature – balled, in burlap, or bare-root.

Choose a location that will allow the roots to spread and the branches to grow freely without much obstruction. Also, ensure that plants are far from building foundations, walls, and decks so that their roots don’t impact these structures.

Soak young trees in a bucket for several hours before planting.  After choosing the planting spot, dig a hole with the same depth as the root ball and three times as wide. After removing the soil, mix with organic material such as compost or peat moss. This procedure will allow the soil to have a richer profile. It also helps to loosen the existing dirt so that the new roots will spread at ease.

Place the plant in the hole. If the root ball comes wrapped in burlap fabric, remove it before planting. If roots are tightly packed, gently open them with your fingers.

Return the soil to the planting area, pack it firmly around the root ball. Fill the hole with soil up to the base of the plant.

After planting, water deeply and mulch heavily, around 2 to 3 inches (5 to 7.5 cm).  Keep the mulch at least 4 inches (10 centimeters) away from the trunk because if the bark is too moist it may cause decay.

Fraser fir trees enjoy abundant rainfall. They require at least 75 inches (190 centimeters) of rain each year. If there is less rain, irrigation is necessary. Keep the soil moist throughout the year for best results, do not allow it to dry out. When watering, a slow one-hour trickle of water should be sufficient.

During periods of hot water, soak the surrounding soil with up to 8 inches (20 centimeters) of water every few days. Deep watering ensures that roots grow further into the ground. This results in a sturdier and more drought-tolerant tree.

Fraser fir does best in full sun (6 or more hours of direct sunlight a day) or partial shade (direct sunlight only part of the day, 2 to 6 hours each day).

Fraser fir, like other conifers, are not heavy feeders. They are unlikely to benefit from frequent fertilization. Since not all soils need fertilizing, perform a soil test and fertilize according to the needs indicated. But do ensure that the fertilizer is for acid-loving plants. However, bio-stimulants may help to enhance root growth of newly planted Fraser fir trees.

Excellent companion plants for Fraser firs in the garden include: 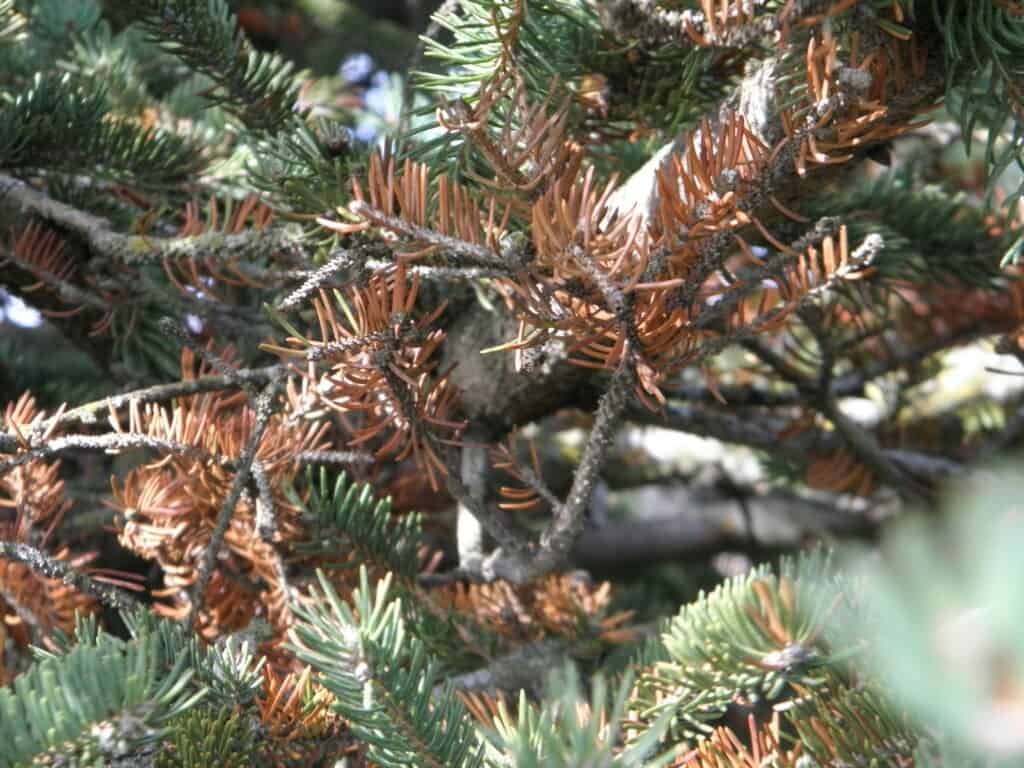 The primary symptom of CSNN is tan discolored bands on the needles. Interior needle blight is caused by a Mycosphaerella-like fungus. The fungus produces partly erumpent, black pseudothecia, and ascospores that are hyaline, fusiform, 1-septate, and slightly constricted at the septum.

Pruning is a common and useful treatment for Fraser firs. Prune to remove dead branches, encourage bushier growth, or maintaining a specific size or shape. Remove dead branches close to the trunk, flush with the bark. Ensure to make cuts just above the leaf bud, where new growth starts, and at a slight angle.

On pesticides, they are not usually necessary for Fraser firs as minor pets do not do enough damage to justify treatment. In some instances, these treatments can damage the tree.

How to Remove Fraser Fir

In most instances, for homeowners, it is recommended to use professional tree removal services to avoid damage to the surrounding areas and to ensure personal safety. Here are some general practices applicable to conifers like the Fraser Fir.

Appropriate tools such as a chainsaw and pruning tools must be ready, as several hinge cutting techniques require various tools. One should also decide the best direction for the tree to fall – a tree’s proximity to roads, overhead lines, and buildings.

Another option is to poison the tree by cutting it and exposing the cambium, which transports nutrients and water throughout the tree, to a herbicide. This popular and highly recommended method is called frilling. Doing so allows the tree and its roots to die after several weeks.

Once the tree is dead, you cut through the trunk with a chainsaw to bring down the tree. Frilling overall is very effective as it kills the entire tree. After the frilling process, dig up the dead stump and roots to prevent pests. 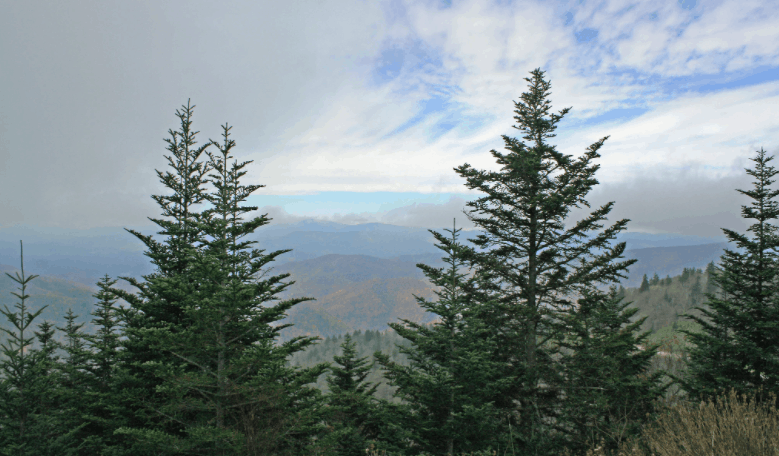 Question: In which zones does this tree grow best?

Question: How much sun does this tree need?

Answer: Fraser fir does best in full sun (6 or more hours of direct sunlight a day) or partial shade (direct sunlight only part of the day, 2 to 6 hours each day)

Question: How much water does this tree need?

Answer: Fraser fir trees love water. They require at least 75 inches (190 centimeters) of rain each year. If there is less rain, irrigation is necessary.

Question: What are the best soil conditions for this tree?

Question: Is it better to plant seeds, seedlings, or young trees?

Answer: This is up to the gardener. Seeds have a special stratification procedure which can take some work. But could be a fun and interesting project for children. Seedlings may take longer to grow but are a good choice for large-scale forestation and commercial plantings. Young trees may be a good choice for the home gardener who just wants one or a few of these trees.